Andy has been director of EIBC since August of 2012.  Andy grew up attending summer camp at EIBC and joined summer staff in 1995, 1996, and 1999.  Andy is married to Ginny and they have two sons, AJ and Henry and two daughters, Elaina and Lucy.

In the Fall of 2017 Jason accepted the invitation to join the EIBC staff as Associate Director. For the past 20 years, Jason has shared his passion for music and loves to introduce kids to God and His Word. Jason’s wife Amber enjoys exploring the outdoors on a four wheeler, loves her part-time job (lunch lady!!) at Mary Welsh Elementary, and is the most suitable helper for Jason on planet earth! They are blessed with two boys – Logan (15) and Grayson (11) who are just as excited to call camp their home!

We are so grateful for this family to join the EIBC team. They first came to EIBC as Family Campers and have now become full-time missionaries serving at EIBC since March 2022. They have been instrumental in leading and discipling our FORGE team (High School age summer volunteers) and hosting the retreats that come throughout the year. They work together as a family to care for all the details associated with keeping EIBC serving all guests at the highest level.

Bonnie joined the EIBC team in February of 2021. She had never been to camp, but had moved to the area a year ago and had been praying for the right place in the community to serve and connect. When she saw EIBC needed an Office Administrator that prayer and several others were answered in one big way. Bonnie started her family back in 2017 through foster care and adoption. She loves spending the majority of her time with her twins, Roman and Rosemary (5), and is excited for them to grow up having EIBC always a part of their memories. 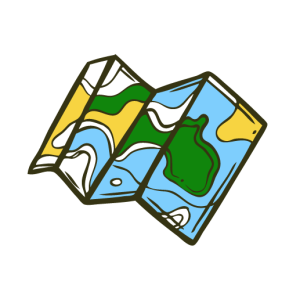